We live in a dangerous world. All of our personal data is intertwined in technology. All it takes is a simple mistake for a hacker to steal your identity and compromise many aspects of your life.

If you host any content on the Internet, you should pay close attention to DDoS attacks.

Distributed denial of service (DDoS) is a type of online attack when users are blocked from accessing an online service due to the server being flooded with fake traffic.

Read more information on the best DDoS protection and what mitigation techniques to look for.

1. Protection Against All DDoS Types

DDoS attacks come in various forms and strategies. Therefore, your DDoS mitigation software should protect against all of these types.

These types include volume, protocol, and application layer attacks.

Volume-based and protocol attacks attempt to flood your server resources and network. DDoS mitigation counters this by filtering traffic to drop illegitimate connections.

Our enterprise-grade DDoS protection service protects against the most common DDoS attack types, including:

DDoS attacks comes in many forms, so find the best DDoS protection that can block all forms of DDoS.

2. They Can Detect and Analyze DDoS Attacks

An average person can’t recognize attacks when they immediately occur. DDoS attacks can be very sophisticated — you may not know you’re the target of an attack until it’s too late.

The best DDoS protection can recognize an attack immediately. They can also analyze the attack, such as the method the attackers used.

Traffic is continuously filtered through VPS House’s DDoS protection appliances, resulting in no delay in protection when an attack begins. DDoS attacks are typically detected and mitigated within 0 to 90 seconds.

The faster the attack is detected and analyzed, the faster you’ll receive protection.

If you don’t order DDoS protection, your server could be down for days. Anyone can be a victim so it’s important to receive protection.

3. DDoS Mitigation will Protect You

As technology increases, DDoS attacks become harder to identify. But a great DDoS protection service will protect you from future attacks.

VPS House DDoS protection is updated every day as we receive more information about new and innovative attacks. Rest assured that when your website experiences a DDoS attack, our mitigation appliances will know how to handle it.

4. They Can Outsmart All Attacks — Big and Small

When thinking of DDoS attacks, you usually think of the ones that make headlines. Where large corporations are denied access to their servers and their business shuts down for several days.

You definitely want to prevent those attacks. However, 90% of DDoS attacks are much smaller. But they still do damage.

For example, your website can be attacked by 50 bots. This isn’t enough to crash your server, but it can slow it down or stop certain pages from loading. This will deter human visitors from accessing your website.

But a great DDoS protection service is flexible. They can protect attacks from 1Gbps all the way up to 40Gbps like we can.

Make sure you discuss your business and needs with the service, but also make sure they can cover all sizes of attack.

Get the Best DDoS Protection

You never want to be vulnerable to DDoS attacks. While website compromises are increasing, the good guys are finding new technology to combat these attacks.

Your data, website, and serves are integral to running your business. If these aspects are compromised, you can lose a lot of productivity — even your whole business.

In this modern age, protecting your network is crucial to the health of your business.

DDoS mitigation will help sustain the structure of your servers while preventing future attacks. 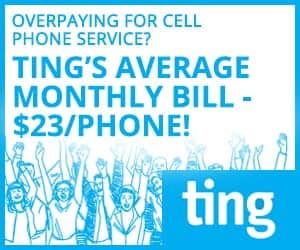